“This is the time to travel, when you’re young,” said the guy on the chairlift at Coronet Peak. And Jackie, my host mom at the chestnut farm. And the creepy hipster man who owned the hostel in Sydney. If I had a plane ticket for every time someone said this to me in the past few months, I would’ve probably continued to travel the globe beyond last Thursday.

But with all of the hubbub about traveling young, I think we forget that if we truly love seeing the world, scared or not, broke or not, married or not, you can go at any age if it is really in your heart of hearts. How, you ask? Is that even a question? My literal answer is to go to Google, Reddit, the library, or to the 21st century in general for sources of how to travel through many circumstances. In the end you just have to want it. It doesn’t need to be extravagant or well planned. It doesn’t even need to be in a new country. Just seeing a new anything up north can bring the smallest bit of enlightenment to the “young” and the restless, or more considerably the souls who crave to be out of their comfort zone.
I think what the skier, host mom, creepy hostel hipster, and many others were referring to when they said “young” is the category of travelers forgoing real world responsibilities/those who can get shitty at the club without being classified as creepy/sad/elderly, or perhaps just those in the 18-30 age bracket. Obviously “young” is the time to go, because at fresh ages most of us don’t have dependents and/or a significant other, or at least not a very serious one. I find the “You should travel when you are young” quote to be frankly terrifying, because it makes me think I’m destined to be a hermit or something when I’m not considered young anymore. It makes me wonder why I wouldn’t keep traveling past this stage of life. Sure, hopping a plane later may mean using up a thing called vacation days, and going now allows me to lose any expectations of my post-adventure bank account, but no matter what age the wanderlust, I believe its important to travel throughout life, because it triggers realizations that we would never realize at home. 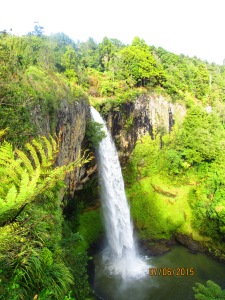 My short and sweet journey

From May 31st until July 16th, I traveled to the north and south Island of New Zealand and the east side of Australia. I had been to this side of the world two years before, but my previous experience and familiarity with these countries convinced me to return and explore some more. While there is always exhilaration and uncertainty when traveling somewhere new, I liked having the added perk of knowing a few faces in the places I planned to visit, and more importantly the rare and incredible feeling of reuniting with those who had defined that brief, unexplainable dimension of my life during study abroad in 2013.
This time around, I was able to cross quite a few things off my bucket list. Some of these experiences awaited without my knowing, like eating a Fergburger in Queenstown, which I quickly added to and ticked off the list (twice) in the week I was there. The others, skiing in New Zealand, completing the Sydney Harbour Bridge climb, cruising Milford sound (with GERMANS, added bonus), and hiking the Blue Mountains were all checked off with long anticipated satisfaction. It wasn’t just these occurrences that were exhilarating, it was the fact that I did this for myself and by myself. I’ve been blessed with a life where I have been encouraged to explore with few limits. Having just graduated, I embraced this trip with zero lingering homework assignments, test dates, GPA calculations or work obligations. All I was there to do was fuck shit up and hope that I would wake up with a minimal headache the next day to do it all over again. It’s probably been the most liberating thing I’ve ever done.

Of course, unlike what the Instagram pictures, hashtags, filters and smiles show, it wasn’t completely glamorous and exotic. The process of traveling alone becomes infused with mixed emotions. A few things happened whilst abroad that were out of my control. I didn’t know you could book a hop on hop off tour throughout New Zealand until I got there, and my timeframe didn’t really allow me to take advantage of that when I finally looked it up. I didn’t predict that there would be sharks lurking around Wategos bay in Australia, which would cancel my only time to really surf. I didn’t really enjoy the feeling of being on a quiet bus for six hours whenever I trekked to a new Kiwi town as I spontaneously planned my trip along the way. Obviously I got to see parts of the country that not many have, and I openly take pride in the fact that I ventured through the En Zed in the least touristy way possible, but certainly there were moments where I felt lonely.

I think the hardest part for me was like many people on this planet, I am hard on myself, and so I had to be careful about not second guessing or regretting any decisions I made as I went. Obviously if I had had a companion with me, collaborating would have changed things up a bit or a new route would have ensued. But on my own, I met people from all over who were on their own endeavors, either working for the long-term or traveling just like myself. I expected it to be easy to travel with them along the way, but found that my trip was much quicker than anyone else’s. And it was winter, so there were fewer travelers in general. That was a little disconcerting. Then again on the silver lining light of it all, I learned how to be more independent, and this is cheesy, but I learned how to be my own best friend. Let’s just say Beyoncé’s “My, Myself, and I” was perpetually stuck in my head.

Aside from that, I wouldn’t change a thing about this journey, and I am incredibly thankful for my exceptional time in Oceania. I cruised, snorkeled, shopped, ate, hiked, ate, drank, ate, and wwoofed in some of the most beautiful places on the planet. I just have the bug now, people. I have a new list of places I need to go that people I met along the way told me to check out. Apparently venturing through Asia is easy enough, so that’s going down (I just don’t know when yet). More of Europe is obviously a must. Ahhh, the desire to keep going never settles. Ever. And thank God for that.

The Journey to a Dream Job

A little Laura in your life

...because maybe you're missing something

Not All Who Wander Are Lost

To be irreplacable, you have to be different- C. Chanel

The Nutrition Society
In the Nick of Time

An Iowan's adventure in life